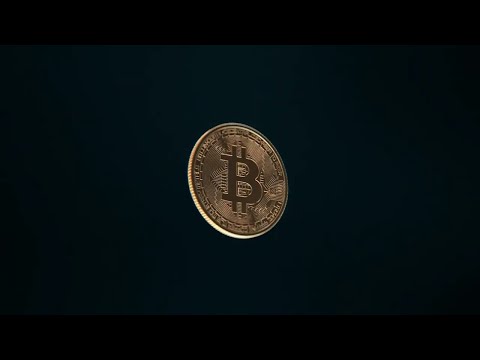 https://github.com/gridcoin-community/Gridcoin-Research/releases/tag/5.0.0.0
Finally! After over ten months of development and testing, "Fern" has arrived! This is a whopper. 240 pull requests merged. Essentially a complete rewrite that was started with the scraper (the "neural net" rewrite) in "Denise" has now been completed. Practically the ENTIRE Gridcoin specific codebase resting on top of the vanilla Bitcoin/Peercoin/Blackcoin vanilla PoS code has been rewritten. This removes the team requirement at last (see below), although there are many other important improvements besides that.
Fern was a monumental undertaking. We had to encode all of the old rules active for the v10 block protocol in new code and ensure that the new code was 100% compatible. This had to be done in such a way as to clear out all of the old spaghetti and ring-fence it with tightly controlled class implementations. We then wrote an entirely new, simplified ruleset for research rewards and reengineered contracts (which includes beacon management, polls, and voting) using properly classed code. The fundamentals of Gridcoin with this release are now on a very sound and maintainable footing, and the developers believe the codebase as updated here will serve as the fundamental basis for Gridcoin's future roadmap.
We have been testing this for MONTHS on testnet in various stages. The v10 (legacy) compatibility code has been running on testnet continuously as it was developed to ensure compatibility with existing nodes. During the last few months, we have done two private testnet forks and then the full public testnet testing for v11 code (the new protocol which is what Fern implements). The developers have also been running non-staking "sentinel" nodes on mainnet with this code to verify that the consensus rules are problem-free for the legacy compatibility code on the broader mainnet. We believe this amount of testing is going to result in a smooth rollout.
Given the amount of changes in Fern, I am presenting TWO changelogs below. One is high level, which summarizes the most significant changes in the protocol. The second changelog is the detailed one in the usual format, and gives you an inkling of the size of this release.

Note that the protocol changes will not become active until we cross the hard-fork transition height to v11, which has been set at 2053000. Given current average block spacing, this should happen around October 4, about one month from now.
Note that to get all of the beacons in the network on the new protocol, we are requiring ALL beacons to be validated. A two week (14 day) grace period is provided by the code, starting at the time of the transition height, for people currently holding a beacon to validate the beacon and prevent it from expiring. That means that EVERY CRUNCHER must advertise and validate their beacon AFTER the v11 transition (around Oct 4th) and BEFORE October 18th (or more precisely, 14 days from the actual date of the v11 transition). If you do not advertise and validate your beacon by this time, your beacon will expire and you will stop earning research rewards until you advertise and validate a new beacon. This process has been made much easier by a brand new beacon "wizard" that helps manage beacon advertisements and renewals. Once a beacon has been validated and is a v11 protocol beacon, the normal 180 day expiration rules apply. Note, however, that the 180 day expiration on research rewards has been removed with the Fern update. This means that while your beacon might expire after 180 days, your earned research rewards will be retained and can be claimed by advertising a beacon with the same CPID and going through the validation process again. In other words, you do not lose any earned research rewards if you do not stake a block within 180 days and keep your beacon up-to-date.
The transition height is also when the team requirement will be relaxed for the network.

Besides the beacon wizard, there are a number of improvements to the GUI, including new UI transaction types (and icons) for staking the superblock, sidestake sends, beacon advertisement, voting, poll creation, and transactions with a message. The main screen has been revamped with a better summary section, and better status icons. Several changes under the hood have improved GUI performance. And finally, the diagnostics have been revamped.

The wallet sync speed has been DRASTICALLY improved. A decent machine with a good network connection should be able to sync the entire mainnet blockchain in less than 4 hours. A fast machine with a really fast network connection and a good SSD can do it in about 2.5 hours. One of our goals was to reduce or eliminate the reliance on snapshots for mainnet, and I think we have accomplished that goal with the new sync speed. We have also streamlined the in-memory structures for the blockchain which shaves some memory use.
There are so many goodies here it is hard to summarize them all.
I would like to thank all of the contributors to this release, but especially thank @cyrossignol, whose incredible contributions formed the backbone of this release. I would also like to pay special thanks to @barton2526, @caraka, and @Quezacoatl1, who tirelessly helped during the testing and polishing phase on testnet with testing and repeated builds for all architectures.
The developers are proud to present this release to the community and we believe this represents the starting point for a true renaissance for Gridcoin!

Most significantly, nodes calculate research rewards directly from the magnitudes in EACH superblock between stakes instead of using a two- or three- point average based on a CPID's current magnitude and the magnitude for the CPID when it last staked. For those long-timers in the community, this has been referred to as "Superblock Windows," and was first done in proof-of-concept form by @denravonska.

Help me earn $2K in Bitcoin Cash. Will design custom logos and simple websites until I reach that amount.

tl;dr
I will keep this as concise as possible. I need the money to pay a rather large RL bill. So I decided to turn to you guys again and offer my skills once more.
​
Goal:
Earn $2K to cover my expenses while helping a few of your projects get off the ground with a custom logo and/or website.
​
Projects & Payment:
I can work on both crypto and non-crypto projects and accept most top coins as payment.
​
Prices:
We can discuss prices for website privately, depending on your specific project needs. For logos prices are listed on the website.
​
Notes:
- You own copyright for the custom logos, I ship the source vector files (.AI/EPS) and any extra resolutions or file types you might need (including print-ready and b&w versions of your design).
- I can help with website deployment, SEO optimization and technical assistance as well.
​
Previous Work:
You can check my previous posts (https://www.reddit.com/btc/comments/7i6l5k/im_looking_to_start_a_bitcoin_cashdedicated/, https://imgur.com/a/mncFS) or the Norderly portfolio https://www.norderly.com/#portfolio (I've also designed the website layout).
​
To discuss a logo:
Preferably use the website contact form.
​
To discuss other graphics:
PM me here or use the form, either is fine.
​
Thanks for reading!
​

The bComm Association unveils an updated logo for Bitcoin SV (ticker: BSV), chosen from public voting after three Twitter polls in a new form of decentralized marketing. The BSV logo is revealed on the 10th anniversary of the Bitcoin genesis block, to mark Bitcoin SV as rebirth of the original Bitcoin. A modernized update of the cryptocurrency’s classic logo, the new design reflects Bitcoin ... All it takes is to add the Bitcoin logo on their sites and users will know that it’s a place where bitcoins are accepted. Unlike years ago, people do believe that bitcoin is the currency of the future. Thanks to the fast processing of transactions, low transaction fees, having no connection to governments and financial institutions, many people today in the growth potential of Bitcoins. Das Bitcoin-Wertversprechen ist mitunter schwer vermittelbar. Zitate und Aphorismen können helfen. Hier sind 5 Bitcoin-Zitate, die man kennen muss. Vijay Boyapati. Bitcoin is like gold but with this magical ability that you can teleport it. Vijay Boyapati. Bitcoin ist wie Gold, aber mit dieser magischen Fähigkeit, dass man es teleportieren kann. Your Many Bitcoin stock images are ready. Download all free or royalty-free photos and vectors. Use them in commercial designs under lifetime, perpetual & worldwide ... Logo voller Symbolik. Neben besagter Bastelanleitung rekurriert der Artikel auf die dem Logo innewohnende Symbolik. So ist die Schräglage des Bitcoin-Bs kein Zufall: Dem „B“ kommt im Logo nämlich eine besondere Bedeutung zu. Die Ziffer 8 sieht diesem relativ ähnlich, dachte sich Wilson. Ein Achtel indes ist 12,5 Prozent. Addiert man 12,5 ...